China appointed a new governor for remote and restive Tibet on Tuesday, naming a hardline ethnic Tibetan in a signal that the government has no plans to ease up on its tight control on the Himalayan region.

Lobsang Gyaltsen, 55, was elected at the end of the annual meeting of Tibet’s largely rubber stamp regional assembly, and replaces previous governor Padma Choling, according to an announcement by the official Xinhua news agency.

Lobsang Gyaltsen is a former mayor of Tibetan capital Lhasa and once taught Marxist theory, according to his official biography. His name is also spelled Losang Jamcan in English.

He reports to Tibet’s top official, Communist Party chief Chen Quanguo, a position which traditionally has always been held by a Han Chinese rather than an ethnic Tibetan.

“He’s rather hardline, but all officials at that level are the same,” said prominent Tibetan writer Woeser. “There will be no real change in Tibet.”

China has defended its iron-fisted rule in Tibet, saying the mountainous region suffered from dire poverty, brutal exploitation and economic stagnation until 1950, when Communist troops “peacefully liberated” it.

A post in Tibet is one of the most challenging positions for Communist Party officials, but can also be a route to higher office if they are judged to have performed well.

“We will unswervingly protect the unity of the motherland and ethnic harmony … and maintain harmony and stability in Tibet,” the China News Service quoted him as saying.

“Harmony and stability are the basic guarantee of Tibet’s development and prosperity,” he added.

China has tightened already strict controls in Tibet since an upsurge in self-immolations by Tibetans protesting Chinese rule over the past two years, though most of the burnings have happened in heavily Tibetan areas outside of what China calls the Tibet Autonomous Region.

Almost 100 Tibetans have set themselves alight since the protests began in 2009, most of whom have died.

Despite expectations for improvement, the crackdown inside Tibet could become even worse once Chinese Communist Party boss Xi Jinping becomes president in March as he seeks to cement his rule, said an overseas Tibetan rights advocate.

“I wouldn’t be surprised if at the beginning of his tenure things might get worse before they get better, because he will want to stamp his authority early on,” said Kate Saunders of the International Campaign for Tibet.

Xi’s late father, Xi Zhongxun, a liberal-minded former vice premier, had a close bond with the Dalai Lama before the monk fled into exile in 1959 following a failed uprising against Chinese rule. 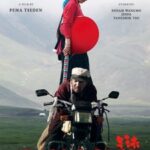 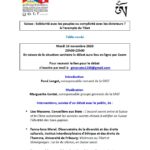