The Zurich City Council has decided to attend the inter-religious peace prayer of the Dalai Lama next weekend. This, although the Chinese Consulate General had advised against it.

The Zurich City Council will attend the inter-religious peace prayer of the Dalai Lama. 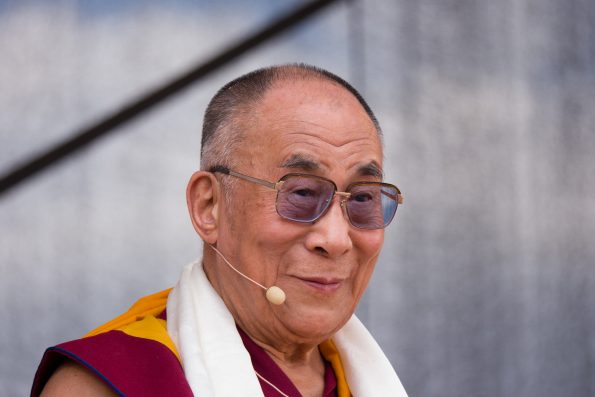 For a long time, it was unclear whether the city council on the peace prayer, the Dalai Lama on 15. October in Grossmünster in Zurich. Today, the city announced that both Mayor Corine Mauch and City Councilor Richard Wolff will attend the event as guests. Already two weeks ago, the local councilors Markus Merki (glp.) And Pascal Lamprecht (sp.) And 48 co-signers submitted an urgent written request and asked the city council to announce whether he would attend the prayer for peace.

The reply stated that the Chinese Consulate General had indicated that he preferred that members of the city council renounce meetings with the head of the Tibetans. However, the city council pointed out that it acts autonomously and that in Zurich one basically cultivates an exchange with all religions and their representatives.

It has been known for some time that the President of the Government, Mario Fehr, will attend the inter-religious peace prayer and send a message to the congregation. Until 2011 Fehr was during his activity as National Council President of the parliamentary group for Tibet. He told the NZZ recently, "The Dalai Lama represents a major religious community worldwide. I look forward to welcoming him to the Canton of Zurich on behalf of the Governing Council. "(NZZ 15, 9.16) He sees no diplomatic problem in participating in the event.

The initiator of the visit of the Dalai Lama is the Grossmünster pastor Christoph Sigrist. It was he who officially invited the Buddhist leader last year and now organizes the prayer for peace. His goal is ambitious. He wanted to set a story of hope in the transforming society with the occasion in the Grossmünster, which is not only the mother church of the Reformation, but also a public sign of religion in an urban society.

The Dalai Lama will make a presentation entitled "A peaceful society through global responsibility and non-violence". Following this motto, Muslim, Jewish, Hindu and Christian prayers are also read at the event.