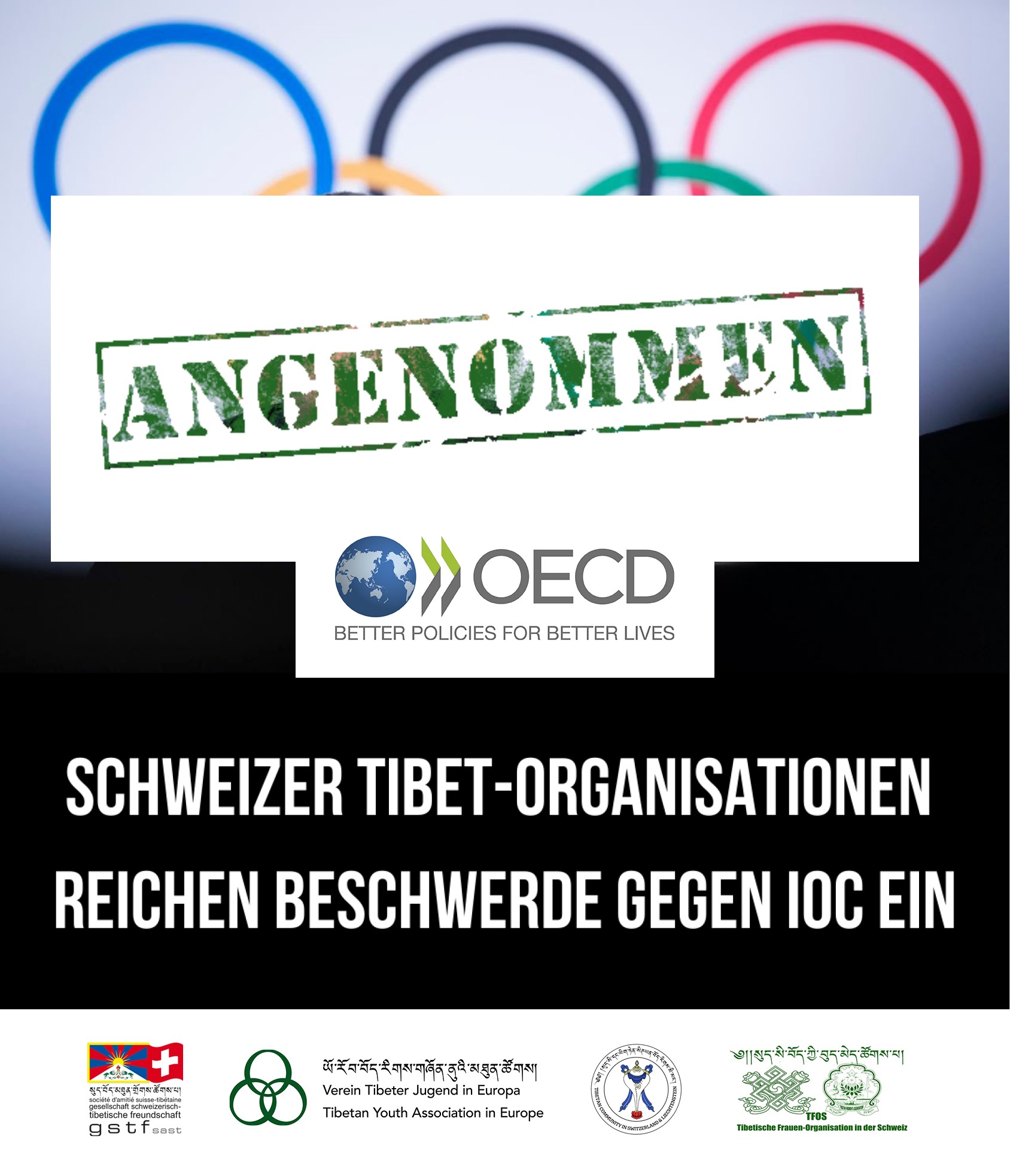 The notification was issued after an examination by the SNCP to determine whether the matter was material, whether it was within the scope of the SNCP's remit and whether the SNCP could provide effective assistance. The SNCP heard the complainant Tibet organizations and the IOC and came to this decision.

Get Tickets here! you will find the initial assessment by SECO - Swiss National Contact Point.

Award of the 2022 Winter Games to Beijing against better knowledge

The complainants alleged that the IOC had awarded the hosting of the 2022 Winter Olympics to the People's Republic of China on July 31th 2015, knowing of the widespread and grave human rights violations in Tibet, East Turkestan (Chinese: Xinjiang), Hong Kong, the South Mongolia and other areas of China, including mainland China. To make matters worse, the IOC was already aware of the massive human rights violations before, during and after the 2008 Olympic Games in Beijing and was witness to it, and against better knowledge it again awarded the Olympic Games to the People's Republic of China.

Notes on products for the Olympics from forced labor

Furthermore, the complainants pointed out that several of the sponsors, partners and suppliers of the 2022 Olympic Winter Games in Beijing are allegedly connected directly or indirectly to the forced labor / internment camps (the PR China calls them “re-education camps” or “vocational training camps”) in East Turkestan and benefit from products manufactured using forced labor.

«We are very pleased about the decision of the Swiss National Contact Point for the OECD Guidelines for Multinational Enterprises (SNKP) and note with satisfaction that the SNCP recognizes the materiality of our complaint. We welcome the help that has been offered and hope that constructive talks between the Tibet organizations and the IOC will start soon ”, says Thomas Büchli, GSTF President.

“The human rights situation in the People's Republic of China, especially in Tibet and East Turkestan, has deteriorated over the years. The companies involved in the PRC should therefore give human rights the highest priority in their dealings. This specific complaint is an important step in ensuring that multinational corporations like the International Olympic Committee commit themselves to upholding human rights through their words and deeds, ”said Thinlay Chukki, Tibetan legal and human rights expert, who supported the four Tibetan organizations in the process represented by the SNCP.

In view of the short time until the start of the Olympic Games in Beijing in February 2022, mediation would focus on the following topics:

1. How can the negative human rights impacts raised by Tibet organizations as a result of the award of the 2022 Winter Olympics in Beijing be mitigated and remedied during these games?

2. How can human rights be respected in the organization of future Olympic Games?

3. How can this mediation help in the analysis of the roles and responsibilities of the individual actors (e.g. sponsors, suppliers for the Olympic Games) according to the various guidelines of the OECD?

Listen right here a contribution in Tibetan from the Voice of Tibet on the subject.