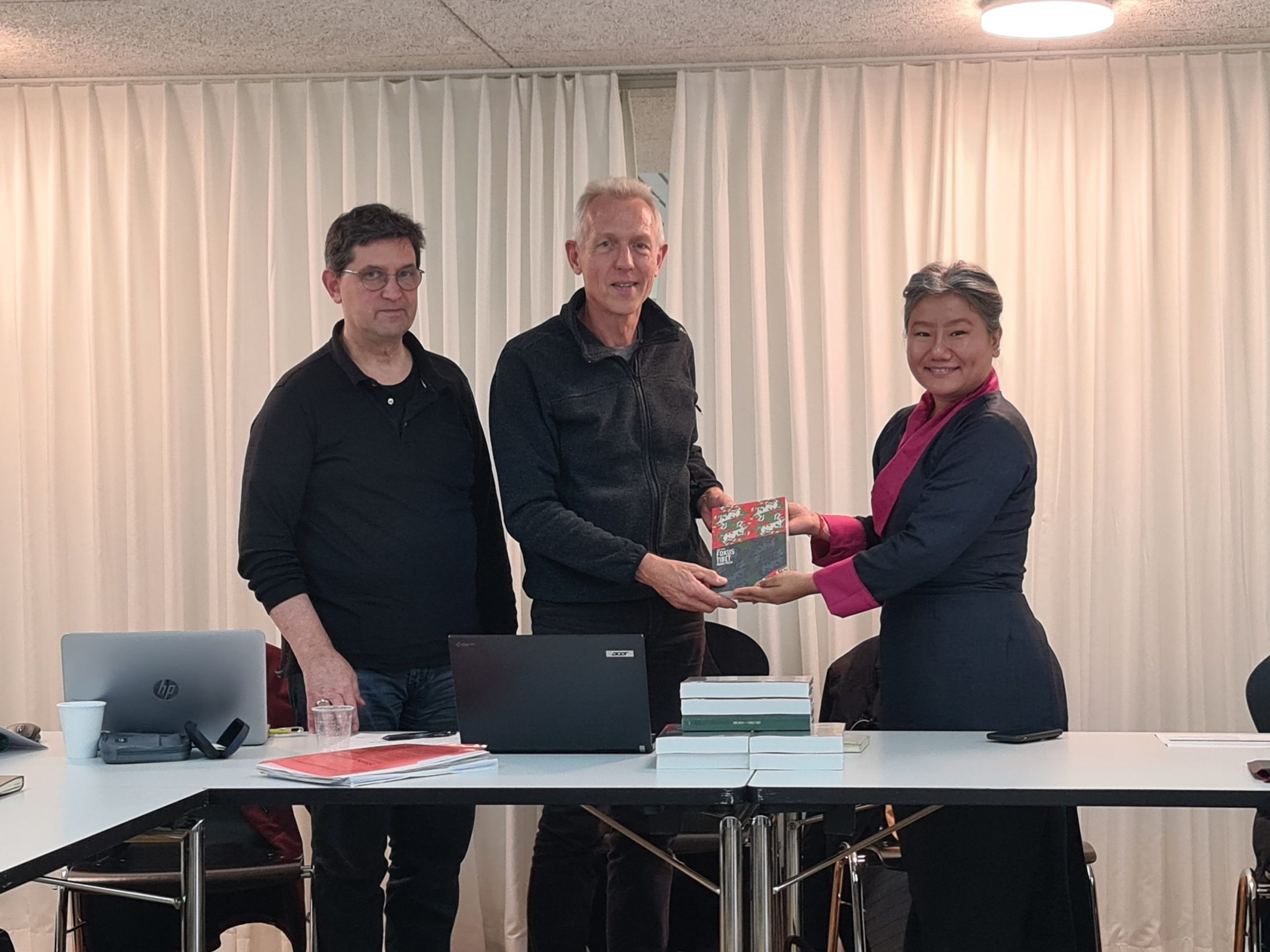 Thinlay Chukki, the representative of the Dalai Lama, presented "Focus Tibet" on November 05, 2022 as part of our second semi-annual meeting of the GSTF.

Focus Tibet is a book by Dr. Uwe Meya (GSTF Board Member) summarizing decades of news about oppression in Tibet.

It documents the systematic repression and continued repression in Tibet under Chinese occupation. More information and order here…

Uwe Meya, is a longtime Tibet supporter. He visited Tibet in the 1980s and got an idea of ​​the situation in Tibet. On a visit to Tibet in 1988, he witnessed the treatment of prisoners in Lhasa. Then in 1989 he became a founding member of the Tibet Initiative Germany eV (TID). Since then, Uwe has been actively involved in Tibet and helps raise awareness of Tibet in German-speaking countries. As a small anecdote, Uwe related at the book launch how he had to inform Tibet supporters about the situation in Tibet by fax at the beginning of 1992.

Thinlay Chukki thanked Uwe Meya for his dedicated work and support for Tibet. She further pointed out that the GSTF is one of the main Tibet support groups, actively engaged in Tibet at both political and community levels. She also thanked the section heads of the GSTF for their active role and praised the GSTF Board and the Executive Committee for their leadership.