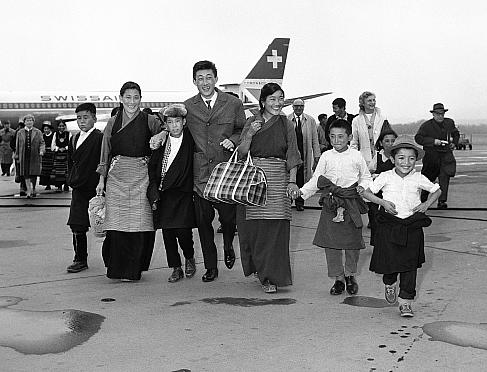 Thanks to the private initiative of many Swiss and the consent of the Swiss government, around 1960 Tibetans have found a second home in Switzerland since 8000. This is one of the largest exiled Tibetan communities outside the Indian subcontinent.

In order to support the non-violent movement of the Tibetan people and their Buddhist culture, the Swiss-Tibetan Friendship Association STFA was founded in April 1983.

The STFA is today the largest Swiss non-governmental organization for Tibet and has around 1500 members. It is divided into seven sections, headed by the board elected by the members. The office supports the board and the sections in the various fields of activity and ensures that the STFA can work efficiently, directly and uncomplicated for the cause of Tibet.

The Swiss-Tibetan Friendship Society STFA is committed to the preservation of Tibetan culture. That's why she wants to